Most solar power plants operate on the same fundamental rules. Solar power uses the photovoltaic (PV) effect to generate electric power by converting solar energy. The DC energy can also be stored in batteries or incorporated into AC power by a power converter that can then be used to power household appliances. Excess solar energy can be supplied into the power grid for credits, or deposited in several different battery systems, based on the type of system. 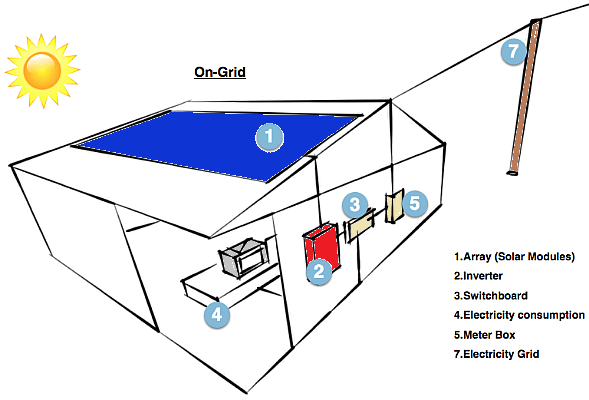 Solar power can be generated only once the grid is reachable in an on-grid solar system. In the event of a grid outage, the power supply is immediately taken off. The on-grid solar power system has the fewest parts and is the easiest to install. They are the most cost-effective and easy to set up. These are perfect for homes because the expense is quickly recouped via the extra electricity transmitted to the grid. 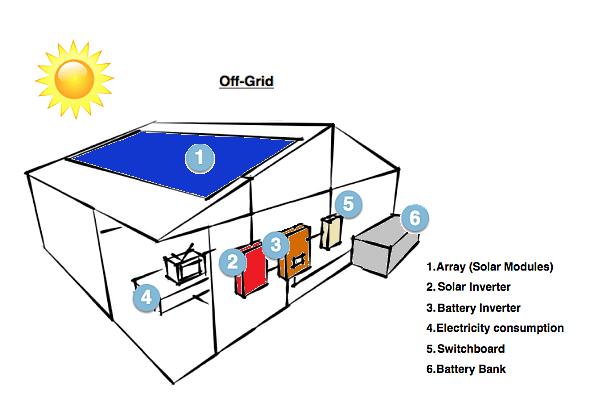 Off-grid systems act independently of the power grid and have batteries that can contain the solar energy produced by the system. The system is typically made up of solar PV cells, an inverter, and others. The panels collect sufficient sunlight to generate electricity throughout the day, and at night, they use the excess power. These are self-sustaining and also can power electrical load in places where there is no electricity supply. These are suitable for organizations that can function without electricity for a short period.

Hybrid solar systems produce electricity in just the same manner that traditional grid-tied solar panels do, but they use hybrid inverters and batteries to store energy for later use. The most cost-effective hybrid solar system employs an all-in-one battery inverter, which combines a photovoltaic inverter and a battery inverter. Because of this ability to gather energy, many other hybrid systems can also function as a backup energy storage device during a power outage, comparable to a UPS system.